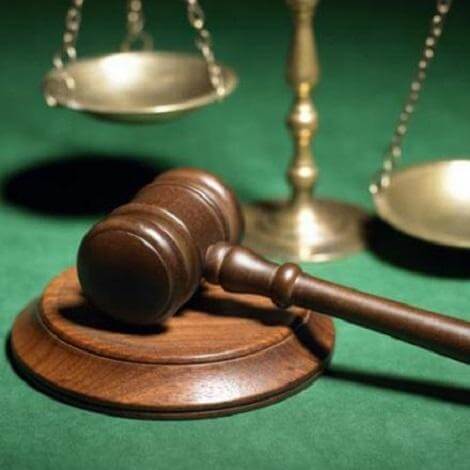 Three fraudsters – including one from Pamber Heath – who are already serving lengthy jail sentences over a £7.75 million precious metal scam have now been told their sentences will be even longer if they do nor compensate their victims.

Three fraudsters – including one from Pamber Heath – who are already serving lengthy jail sentences over a £7.75 million precious metal scam have now been told their sentences will be even longer if they do nor compensate their victims.

The gang members were convicted at Blackfriars Crown Court last year of a plot to sell investors “worthless barrels of junk” and approximately £3.6m is owed to the 250-odd victims of the scheme.

Ringleaders of the scam, Christopher Sabin, 45, of Eyot House, Church Street, Shoreham, Sevenoaks and Tobias Ridpath, 54, of Wellington Square, Hastings, each received nine years. Now though they have returned to court and been told if they do not pay compensation to their victims they will have to serve even longer.

Another gang member, Nicholas Start, 37, of Spencer Close, Pamber Heath, who pocketed at least £132,000 in commission over a few months received seven years imprisonment after the trial.

His total benefit was calculated as £868,753 and he must pay £153,034 in compensation within three months or serve an additional 18 months imprisonment.

Sabin, whose criminal benefit was calculated as £6.57m, was ordered to pay £14,469 within three months or serve an additional eight months imprisonment.

Ridpath, whose benefit was also £6.57m, was ordered to pay £201,571 within three months or serve an additional two-and-a-half years imprisonment.

Investigators found Sabin’s only real asset was a second-hand Range Rover because his family home is in his partner’s name, but Ridpath has a 40 per cent stake in the property he owns with his wife.

Using a misleading website and inaccurate glossy brochure they either cold-called customers with scripted patter or placed ads offering the opportunity to purchase supposedly lucrative metals vital to 80 per cent of the world’s industry.

Prosecutor David Durose told jurors at the trial of the gang that their organisation, Denver Trading – started by Sabin and Ridpath – was run from a short-term £860 per month office in the City of London.

The court was told Start headed a “prolific” brokerage – London Commodity Markets – and Berkeley took over the Swiss branch of the business after the original director quit, claiming the business “stank horribly.”

One typical investor, Cecil McMurray, invested £243,000 and the court was told he lost a vast amount of money.

Another client bought what he thought was 100 kilos of rare metals in September, 2012 for £39,000. However, two-and-a-half years later that investment was worth just £285.

Investors were said to have lost pension pots and life savings after being duped into investing in the fraud which lasted around a year from spring 2012.

When he jailed them last year Judge Rajeev Shetty told the four scammers: “All the buyers have ended up with worthless barrels of junk, either gathering dust or have long since been disposed of. The loss to them has been total, no one has made one pound back.

“The jury found this was all a scam, a ruthless vehicle designed to rip-off people of their savings and pension pots to make you all wealthy.

“Making as much money as possible was the name of the game and that game is now up.”