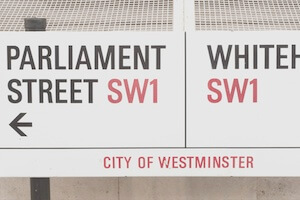 The Insolvency Service has said that more than 100 investors were cheated out of their savings, totaling close to £9 million and potentially rising.

The court heard that Viceroy Jones New Tech used a network of unregulated financial advisory firms and targeted people that had access to their pension savings.

Investors were told their savings were funding oak and hazel tree saplings inoculated with truffle spores planted and managed for 15 years at dedicated plantations worldwide. The truffles would then be cultivated on a commercial scale with investors and plantation companies benefiting from the sales.

However, investigators from the Insolvency Service found that no harvesting or cultivation has ever taken place to date at any of the plantations, including those in Spain and South Africa, despite the scheme first being sold to the public in 2012.

For example, investors paid anywhere between £750 and £995 per sapling with the promise they would see significant returns within five years after the truffles had been cultivated. But similar inoculated saplings were available to the public at the same time, costing only £7.95 to £9.95 per sapling.

Investors were also miss-sold the investment opportunities through unsubstantiated claims, such as having the option to trade out at any time of their contract and one investor was told they could expect a 200% return over a ten year period.

In reality, investors had little or no remedy in relation to their investments and had no contractual relationship with the plantation companies responsible for maintaining the truffle trees for the contracted 15 years.

£9 million worth of investments remains unexplained, with investors’ funds originally paid into third party offshore bank accounts. Investigators were told the majority of funds were paid as commissions, although no supporting records have been provided to substantiate this.

Investigators have also been able to show that significant commissions were paid to the unregulated advisors, Truffle Sales Ltd, as well as to George Frost and his brother Brian, who was a former director of Westcountrytruffles.

The last company shut down by the courts, Credit Free Limited, had not actively participated in the truffle scam. But it received funds raised in the scheme, along with commissions received from a separate carbon credits scheme also operated by George Frost and Viceroy Jones Limited.

Using these funds, Credit Free Limited paid more than £1.8 million over a five-year period to George Frost and to former director, Jeffrey Hawes.

The companies and those behind them have showed no remorse in their calculated plan to scam investors of their pension pots. Although the Insolvency Service investigation was hampered by a lack of cooperation, the investigation pieced together the numerous layers in which the scam was wrapped.

We take the matter of unregulated pension liberation investment schemes very seriously and will take action to stop any such schemes who have acted unscrupulously.

All enquiries concerning the affairs of the companies should be made to: The Official Receiver, Public Interest Unit, 4 Abbey Orchard Street, London, SW1P 2HT. Telephone: 0207 637 1110, Email: piu.or@insolvency.gsi.gov.uk.

*Small Self Administered Schemes are occupational pension schemes targeted at small businesses and limited to a maximum number of 11 members.

Public file information for the five companies is as follows:

The petitions to wind up the companies were presented in the High Court in London on 7 April 2017, under the provisions of section 124A of the Insolvency Act 1986 following confidential enquiries by Company Investigations under section 447 of the Companies Act 1985, as amended.

Company Investigations, part of the Insolvency Service, uses powers under the Companies Act 1985 to conduct confidential fact-finding investigations into the activities of live limited companies in the UK on behalf of the Secretary of State for Business, Energy and Industrial Strategy (BEIS).

This service is for journalists only. For any other queries, please contact the Insolvency Enquiry line on 0300 678 0015.

For all media enquiries outside normal working hours, please contact the Department for Business, Energy and Industrial Strategy Press Office on 020 7215 1000.